Organ Donation Drive
Mrs. Marjorie Texeira, an ex-banker and a successful entrepreneur who is also passionate about social causes, addressed the students creating awareness on Organ Donation. She focused on below points
• What Organ Donation was all about,
• The difference between Brain death Cardiac death,
• The organs that could be donated and
• The benefit of the harvested organs to the suffering people.

Most students in class were convinced of the fact that it is important to take an initiative towards this cause and volunteered to pledge their organs. As Management students, we understood the importance of becoming a CSR partner in Non-profit organizations that promote Organ Donation and how it helps in transforming many lives. This initiative was coordinated by the CSR Cell of the college.

Fundraising Activities by Josephites
The Joseph’s CSR team headed by Mr. Prashanth Wilfred undertook fundraising activities to help our fellow countrymen affected by the floods that have played havoc in Kerala and Coorg. The student team visited Cubbon Park and Cubbon Metro Station early morning on 22nd Aug 2018 and raised funds from the public. In the evening, additional students of the college joined the CSR Team and performed two Flash Mobs in Central Mall, Residency Road and successfully raised substantial funds for the flood relief. Their earnest efforts continued with the conduct of flash mobs at Home Stop on 24th August, Central Mall on 25th August and Lido Mall on Sunday, the 26th of August. A few students also visited M.G. Road and Brigade Road and collected funds by appealing to the public.

The crowd was deeply appreciative of the sincere efforts of SJIM students towards helping our fellow brethren in the flood-impacted States and applauded the spirited performances showcased by them. They also generously contributed towards the Flood Relief funds.

Kudos to the students for this commendable work! 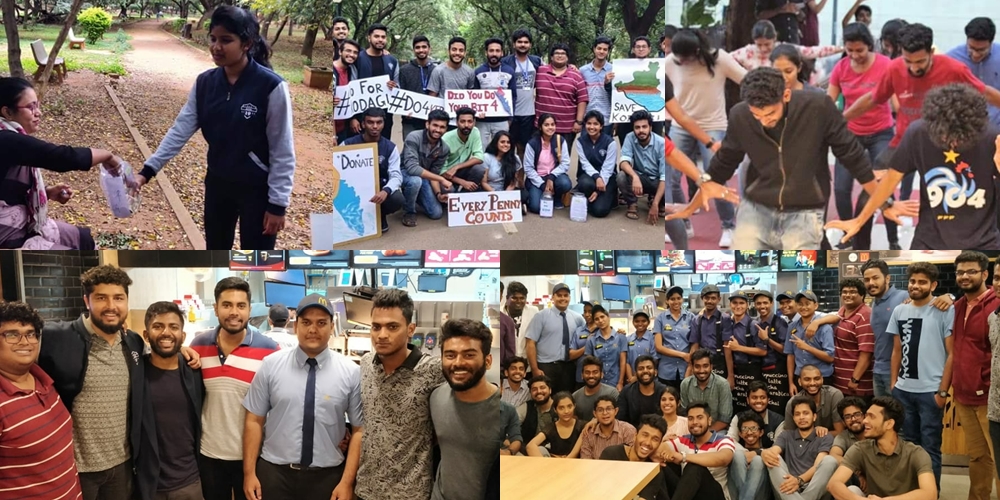